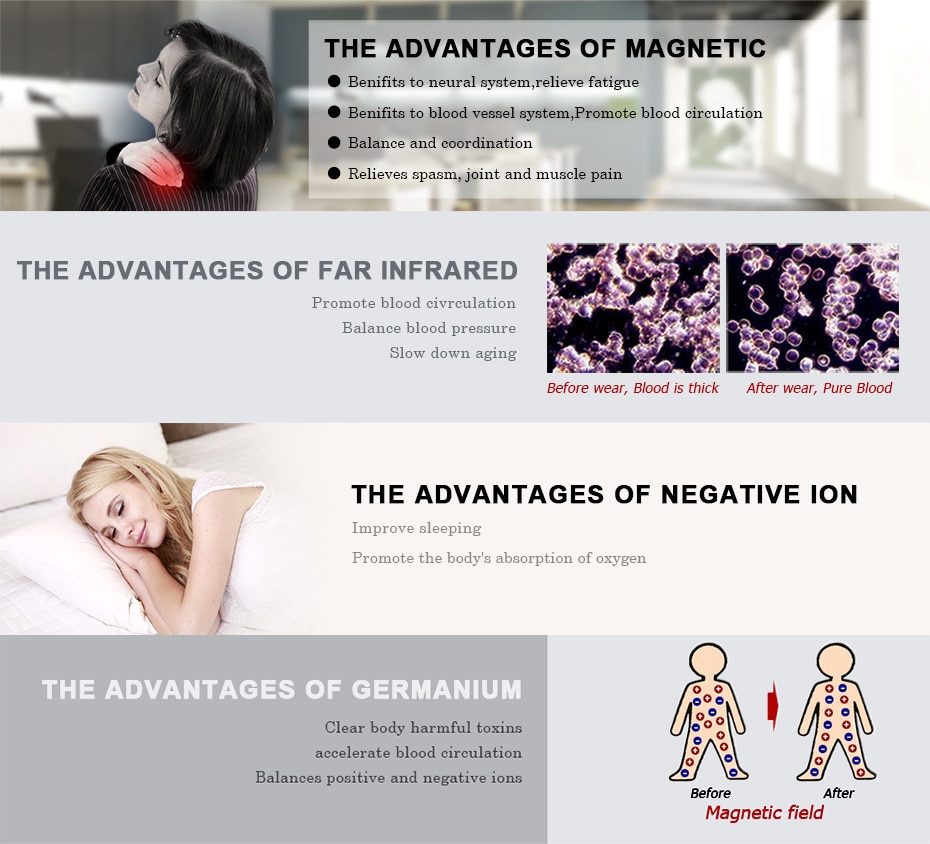 In everyday life, we are surrounded by things that we can see that could be a threat to our health. Whether it’s the weather, the pollution or even the food we eat. But there are a couple of negative health problems that can be caused by simply using a few electrical objects every day! As you all probably know, our magnetic bracelet that are infused with negative ions that are designed to increase blood flow, help with joint pain and work to help with your mental well-being.

If these negative ions do so much good, what do positive ions do, we hear you ask?

Let’s start from the beginning, with a little science of course! Everything that surrounds us, whether living or an object, consists of atoms. These are the smallest chemical elements that can exist, so everything is made up of millions of chemical atoms to form the objects you see in front of you. In short, atoms are the basic building blocks of ordinary matter.Atoms can come together to form millions of microscopic molecules, which in turn form most of the objects you see around you. Now here is where it becomes a little more detailed, each atom is formed with 3 different types of electric charges, known as ions.Positive, negative and neutral ions, but for now we ignore neutral ions. Negative ions are beneficial to the human body while positive ions are harmful.

Positive ions radiate from sources such as our mobile phones, computers and even fluorescent bulbs. We are exposed to all this every single day and unfortunately we cannot avoid it completely. We are exposed to these ions on a daily basis and can cause some significant health risks. It is known that it negatively affects the health of your respiratory system and can even affect your immune system.This is because the positive ions are so small that they are absorbed directly into the bloodstream simply because of the air you breathe.

It is believed that an excess of positively charged ions in one’s environment also directly affects mental health. With some studies showing that it has a direct effect on the fatigue of your bodies and a lack of energy and an increase in tension, anxiety and irritability.

The best resource for producing negative ions is fresh, clean air from the open spaces. However, since we cannot all live in such rural areas, it is difficult to get the benefits of these ions. Studies have shown that at sufficiently high concentrations, negative ions are known to clear air from harmful bacteria such as pollen, odors, cigarette smoke, viruses, dust and other hazardous particles present in the air. This purified airway results in a healthier respiratory system and increases blood flow to promote mental and physical well-being. This is where our magnetic bracelets comes in, our magnetic bracelets are designed to help boost the negative ions inside you that lead to that healthier life.

Seeing the positive benefits of negative ions, we decided to provide a product that will help you load your body and attract these ions to help you live a happier and healthier life. We are all exposed daily to more positive than negative ions. So it is important to try to surround yourself with things that increase your number of negative ions within your body. We just wanted to help with that.


We use cookies on our website to give you the most relevant experience by remembering your preferences and repeat visits. By clicking “Accept All”, you consent to the use of ALL the cookies. However, you may visit "Cookie Settings" to provide a controlled consent.
Cookie SettingsAccept All
Manage consent

This website uses cookies to improve your experience while you navigate through the website. Out of these, the cookies that are categorized as necessary are stored on your browser as they are essential for the working of basic functionalities of the website. We also use third-party cookies that help us analyze and understand how you use this website. These cookies will be stored in your browser only with your consent. You also have the option to opt-out of these cookies. But opting out of some of these cookies may affect your browsing experience.
Necessary Sempre abilitato
Necessary cookies are absolutely essential for the website to function properly. These cookies ensure basic functionalities and security features of the website, anonymously.
Functional
Functional cookies help to perform certain functionalities like sharing the content of the website on social media platforms, collect feedbacks, and other third-party features.
Performance
Performance cookies are used to understand and analyze the key performance indexes of the website which helps in delivering a better user experience for the visitors.
Analytics
Analytical cookies are used to understand how visitors interact with the website. These cookies help provide information on metrics the number of visitors, bounce rate, traffic source, etc.
Advertisement
Advertisement cookies are used to provide visitors with relevant ads and marketing campaigns. These cookies track visitors across websites and collect information to provide customized ads.
Others
Other uncategorized cookies are those that are being analyzed and have not been classified into a category as yet.
ACCETTA E SALVA